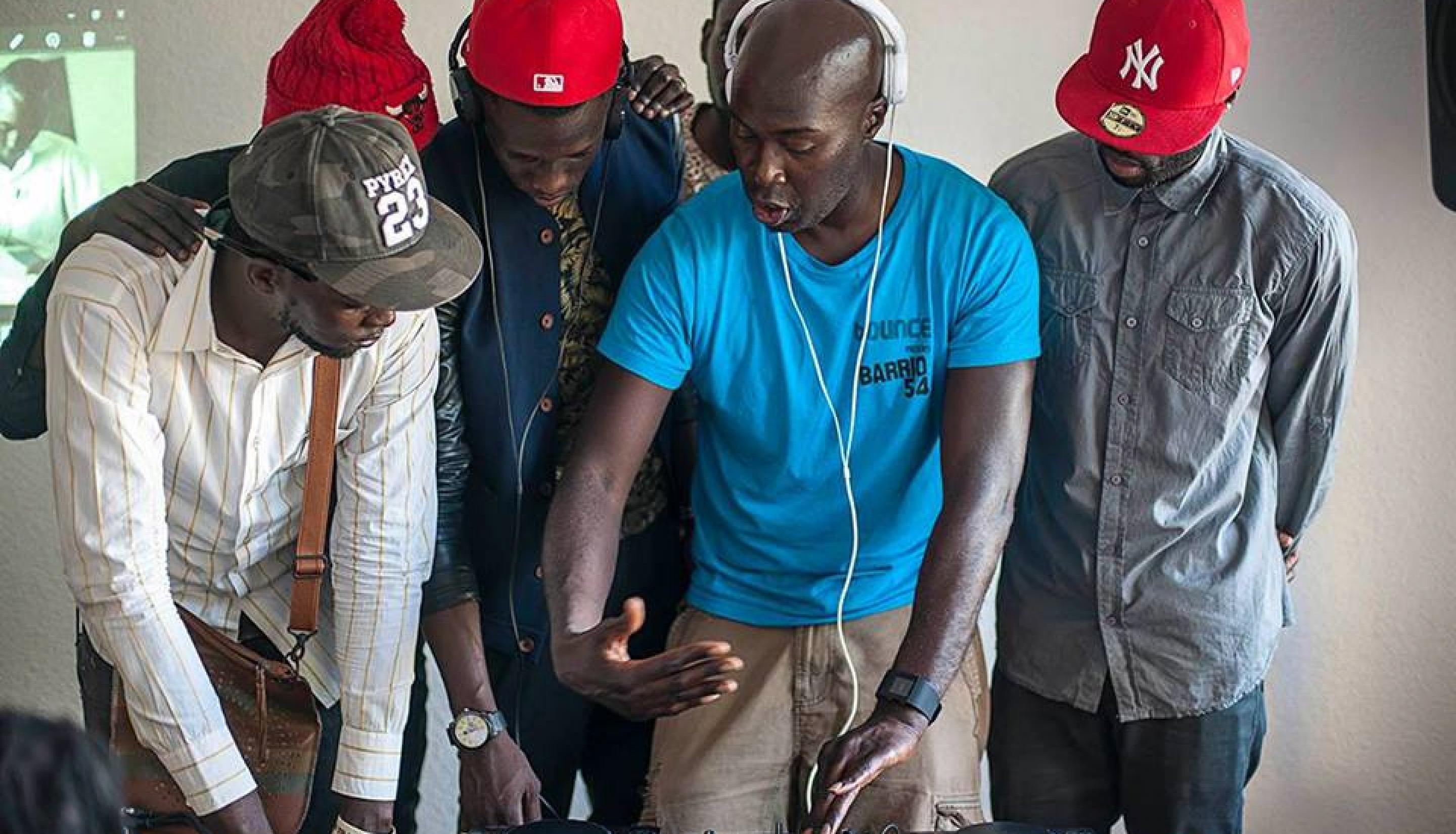 History degree completed, working in the Wedding List department of John Lewis, Oxford Street, a life changing decision was made. In 1997, Kwame Daniels, originating from West Africa, relocates from East London to Northern Ireland. In 1999, Bounce Events began. Hip Hop to Highlife records could be heard from Sandinos Cafe bar to festivals around the UK and Europe. By 2003, Bounce Education was carrying the same energy into schools, youth clubs and community projects. In 2014, Kwame was introduced to Karima Grant, Executive Director of Imagination Afrika via a mutual friend in Italy. All shared a passion for the educational power of Hip Hop Culture. Bounce Afrika was taking shape.

Funded by the British Council and the Arts Council of Northern Ireland, Bounce Afrika Volume One Dakar was our first experience of facilitation with young people in West Africa. What we didn't expect to uncover while collaborating with 30 of the brightest minds was the paralell issues expereinced by youth in Dakar and Northern Ireland. This project cemented our values in ways we could not have imagined.

(This documentary was successfully screened as part of the Belfast Film festival on Saturday 1st April 2017 https://belfastfilmfestival.org/films/bounce)