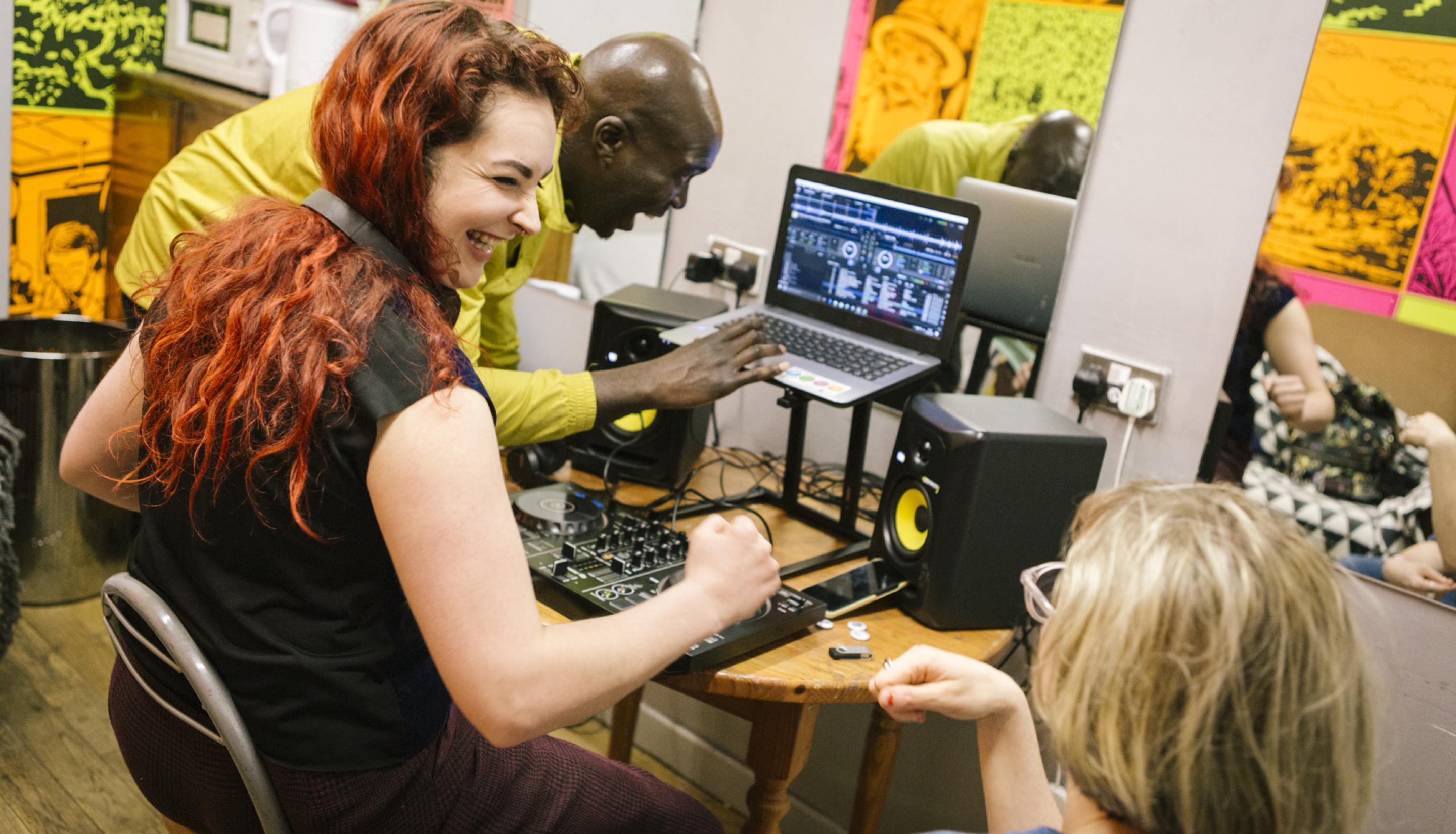 Chocolate consumed, what else would you be doing during Easter week? We were glad when Neo Neo came knocking to discuss their next iteration of what has now become a ‘go to’ night in the calendar.

We were pleased to ‘power’ a short practical course with 12 participants to create and work with sound through a range of artforms including DJing, Audio Recording and Beat Making. The brief, to design and performed, live at their own immersive public gig in the Green Room at the Black Box.

The introduction session featured guest speakers Mary McIntyre (TONN Recordings) and Sound/Visual artist Helena Hamilton. This Q&A introduction session gave participants the opportunity hear Mary & Helena’s inspiring stories as well as the project brief, to produce an audio piece and DJ performance set to Helena Hamilton’s visual art piece . It also enabled participants to meet each other and facilitators as well as familiarise themselves with the venue workshops and eventually performance would take place!

The show was part of Women’s Work Festival 2019. The event featured moving visuals from Artist Helena Hamilton and each of the 12 participants played a mix of their original compositions and DJ mixes produced during the Sound & Vision course funded by the Women in Music Fund (Help Musicians Northern Ireland.)

It was only right we scheduled the final performances to take place during the Women’s Work Festival in June. The atmosphere this festival continues to set combined with the content produced by participants came together in a 4hour performance from the group that will be remembered for a long time. Each of the 12 participants played a mix of their original compositions and DJ mixes produced during the Sound & Vision course. Chad Alexander captures some very special moments……

Co-Producer, Rachael Campbell Palmer (Black Box) continues, “It was really amazing to work with the participants from the Sound & Vision course to plan and deliver NEO NEO #. The majority of participants had said at the beginning of the course that the live performance aspect was what they were most worried about but once the event came around and the group were working together on it and supporting each other that completely changed. Everyone really enjoyed it and brought their friends down and fed off the atmosphere they had created. Participants said getting up in front of people gave them the skills and confidence to perform and create their own music.”

“I have already downloaded the audio app to continue producing my own music and will invest in my own mixing equipment. NEO NEO #8 has given me so much confidence going forward and I have met an amazing network of creatives.”

“I gained knowledge and confidence in using the decks.”

“Lack of confidence and male dominated venues is an issue; through NEO NEO #8 I have learnt so many skills and been able to build confidence.”

“NEO NEO #8 was really enjoyable and gave me the opportunity to DJ and mix live. I had no previous experience and now I can’t wait to perform again!” 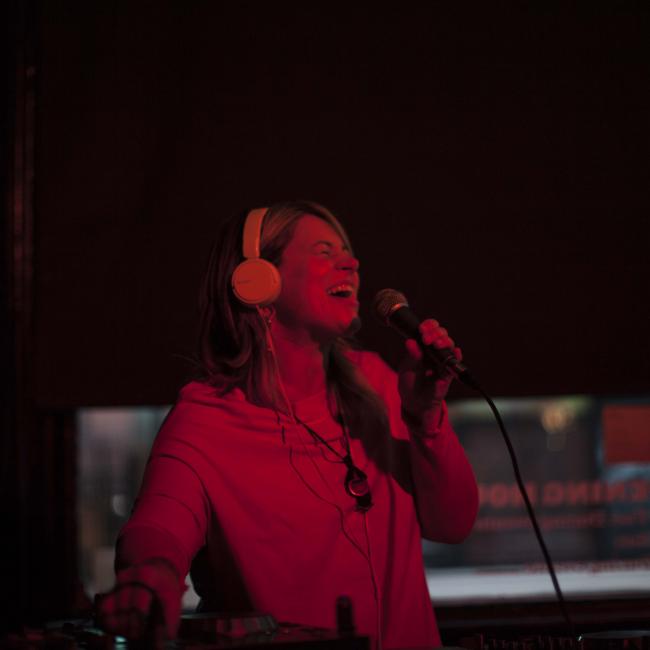